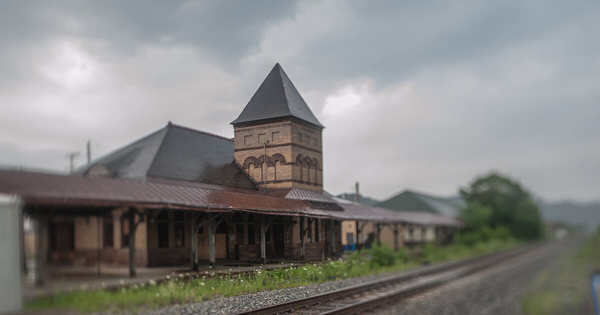 Lecture: The Coraopolis Train Station Project
The remaking of an Ohio River Valley town through restoration of an historic train station.

The Pittsburgh & Lake Erie Railroad had a lofty goal when it first laid down rails through Coraopolis in 1877— to throw off the yoke of tariffs imposed by the Pennsylvania Railroad by independently hauling as much raw material as it could from Pittsburgh to distribution cities in the west. Practically overnight, “The Little Giant,” crushed its goal and the town of Coraopolis benefited in a big way through the construction of a train station as a hub of commerce and transport. 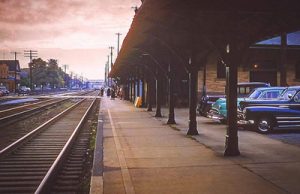 The station, designed by Shepley, Rutan, and Coolidge, protegees of the renown Henry Hobson Richardson, were hired in the mid-1890s to design the new Coraopolis station. The building was influenced by the architectural hallmarks of the Richardson Romanesque style which distinguish the Allegheny County Courthouse and Jail in Downtown Pittsburgh and other landmarks like Shadyside Presbyterian Church.

About the presenter: Stacey Christe is the president of the Coraopolis Historical Society. She joined the Coraopolis Train Station Project as a volunteer in January 2016, and has undertaken in-depth research on the history of the station as well as the architectural elements and artifacts discovered within the station. She is the creator and editor of two web sites on Coraopolis history and the train station. A graduate of the University of Tennessee, she is an account manager for TrueSense Marketing in Warrendale, Pennsylvania.