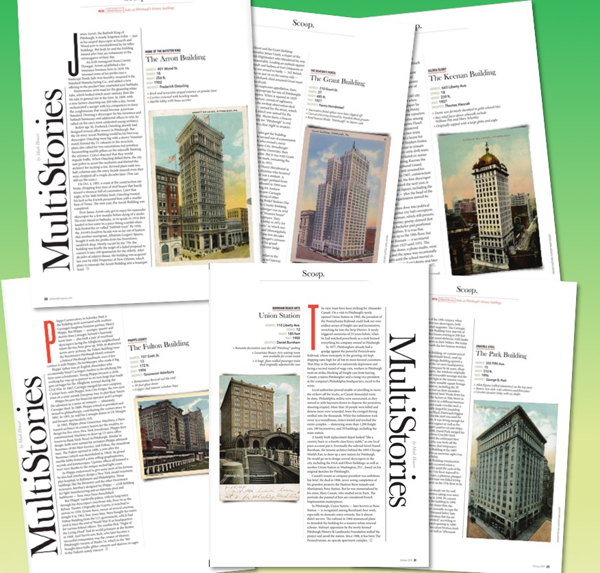 A pair of iconic buildings in Pittsburgh’s skyline were overshadowed by the dark clouds of financial ruin as soon as they were finished. Plus a twice-haunted library, horse racing millionaires, and the time Henry Ford bought the wrong house in Lawrenceville. Mark Houser shares entertaining tales of century-old marvels and the characters who built them.

About the presenter: Mark Houser writes about antique skyscrapers and historic houses in Pittsburgh Magazine. His recent TEDx Talk explores Pittsburgh’s bridge history, and he also created a free Downtown audio walking tour that is available in 11 languages. Houser is the director of news and information at Robert Morris University and a former reporter for the Pittsburgh Tribune-Review.