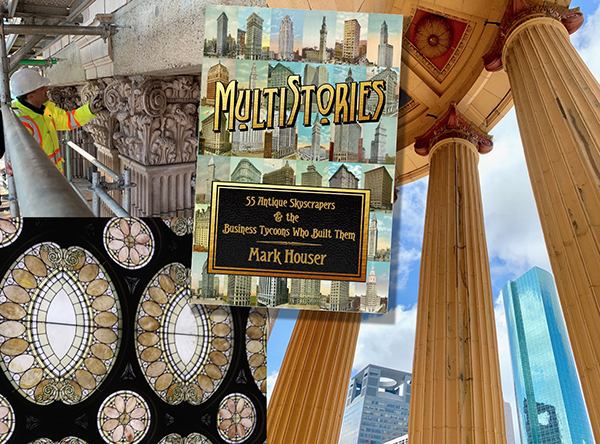 This lecture will be held via Zoom Conference. Purchase a ticket to RSVP and you will receive a login e-mail at 5:00 p.m. on February 18. (Don’t see an e-mail, be sure to check your Spam/Junk folders.) Please log in at 5:45 p.m. to allow us enough time to let you into the lecture.

Pittsburgh writer and skyscraper tour guide Mark Houser spent two years traveling the country for his new book, MultiStories, seeking out the most beautiful turn-of-the-century office towers. He will share his own photos of Beaux-Arts facades, dazzling lobbies, rooftop decks, and several behind-the-scenes surprises in venerable high-rises from New York to Chicago, Boston to San Francisco, Milwaukee to Miami — even Vancouver and Liverpool. He’ll also reveal some fascinating details about the early millionaires who transformed American cities by commissioning the world’s first skyscrapers.

About the presenter: Mark Houser is the author of MultiStories: 55 Antique Skyscrapers & the Business Tycoons Who Built Them. He is a frequent contributor to Pittsburgh Magazine and gives occasional Downtown rooftop tours for Doors Open Pittsburgh. Houser is director of news and information at Robert Morris University and a former newspaper reporter and editor. More at HouserTalks.com.