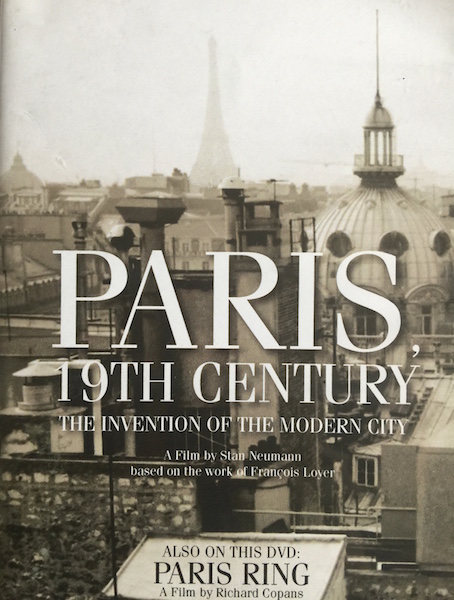 This is the second of a two-part documentary on the architectural history of Paris.

Richard Copan’s masterpiece Paris Ring is the second complimentary series of Paris transitional journey. The Périphérique – the ring road that surrounds the city – offers a stark demarcation between urban environments. This movie serves as a study of the far-reaching effects of a major urban project.

For some, the Périphérique is blight, a stark separation between city and suburb. For others it represents an economic lifeline without which the city could not survive. The film pays particular attention to the transitional spaces between ring road and surrounding areas, and to those who inhabit them: a photographer fascinated by the aesthetics of an exit ramp; a man who “lives like a king” in a trailer below an elevated portion of the road; homeless people and graffiti artists whose lives are marked by interactions with the ring road. Their stories are a reminder that even the most utilitarian urban spaces develop their own particular ecology.

This film is in French with English subtitles. The screening is FREE to PHLF members. Click here to join.