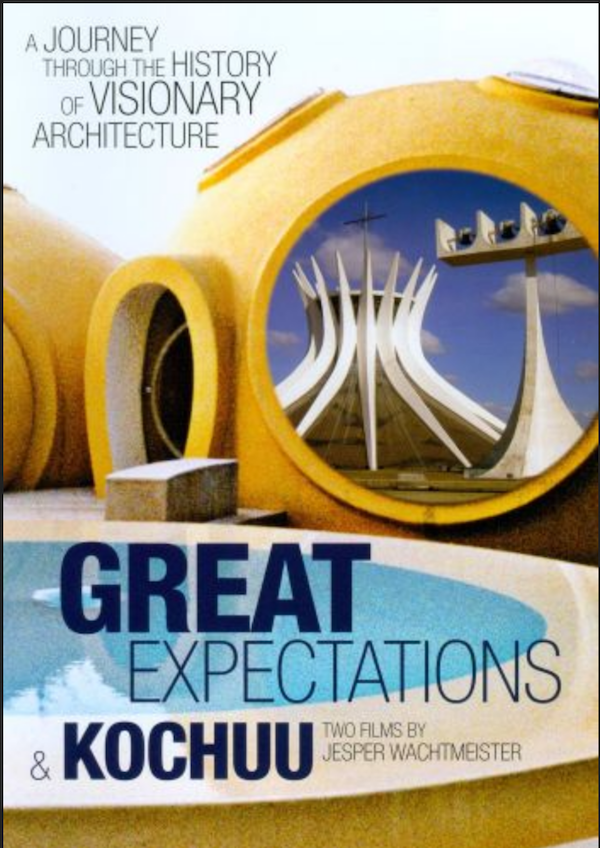 Two films about the history of visionary architecture
Jesper Wachtmeister

Great Expectations takes you on an astonishing journey through innovative, futuristic, utopian, and sometimes bizarre architectural projects including— concrete illusions of grandeur and Lego-like modular apartments to an Instant City Airship and round, grass-covered subterranean dwellings— from the beginning of the 20th century to today. The film uses interviews to frame the history of utopian and visionary architecture. Its subjects include Le Corbusier, Oscar Niemeyer, Moshe Safdie, and Buckminster Fuller, among other notable architects. (52 minutes)

KOCHUU is a visually stunning film about modern Japanese architecture, its roots in Japanese tradition, and its impact on Nordic building tradition. Winding its way through visions of the future and traditional concepts, nature and concrete, gardens and high-tech spaces, the film explains how contemporary Japanese architects strive to unite the ways of modern man with the old philosophies in astounding constructions. The film features Pritzker Prize winning architects Tadao Ando and Sverre Fehn, plus Toyo Ito, Kisho Kurokawa and Kazuo Shinohara. (53 minutes.)

About the filmmaker: Jesper Wachtmeister is a film producer, director and multimedia artist based in Sweden. The founder of Solaris FilmProduktion, he has directed more than ten films and also produced different multimedia installations. His films are part of art, architecture, and cultural education in more than 50 universities and institutes in Asia, Europe, and North America.