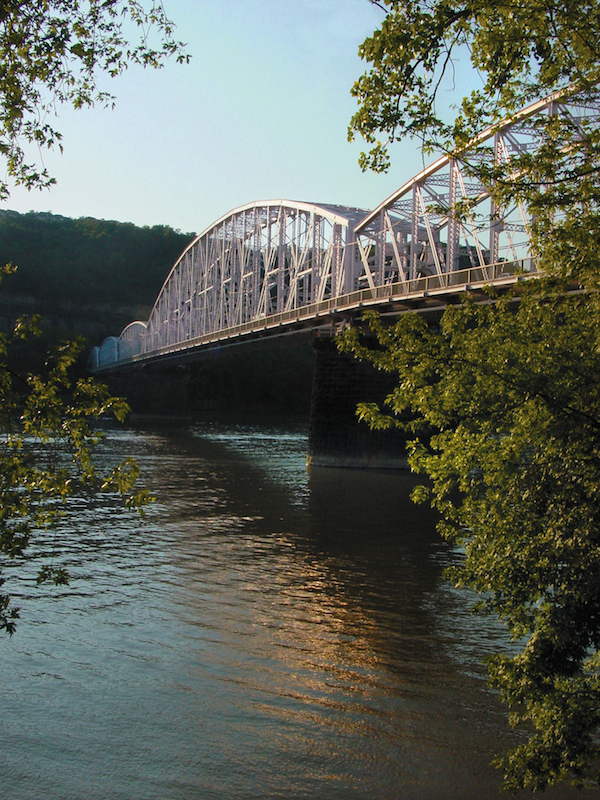 Constructed in 1908-09, the Hulton Bridge was technologically innovative. The bridge had a total length of 1,544 feet and a main span of 505 feet, one of the fiftieth longest simple truss spans in North America. Its Pennsylvania truss type was first developed by the Pennsylvania Railroad as a modification of the smaller Parker truss to be capable of spanning longer distances. The Hulton Bridge’s approach spans were shorter Parker trusses, each approximately 260 feet in length.

Serving as the link between Oakmont and Plum and Route 28 and the Pennsylvania Turnpike on the opposite side of the Allegheny River, the bridge was a frequent traffic bottleneck, necessitating its replacement by the new four-lane steel girder bridge. In 2009, students at Carnegie Mellon University studied retaining the bridge for pedestrian use, but doing so would have conflicted with the replacement bridge.

The Allegheny County Roads Department was formed in 1895, and it became the Allegheny County Department of Public Works in 1924. The department started rather small, and its first bridges were short spans over small streams. For example, an early County stone arch still stands near the Hulton Bridge at the intersection of Freeport Road and Powers Run Road, though it has been bypassed. As development spread beyond Pittsburgh and as automobiles became important, County government became involved in designing and owning roads and major bridges. Previously, privately owned companies had designed and owned major roads and bridges and had operated them as toll facilities.

The Hulton Bridge was Allegheny County Department of Public Works’ first river crossing. The Public Works Department kept growing, and was soon responsible for just about every major river bridge in Pittsburgh. It was not until the late 1950s that the Pennsylvania Department of Highways began to construct river bridges in the area. Later, the State began to take ownership of several of the former County bridges, including the Hulton Bridge.

The unique truss bridge had a majestic appearance, and it will be missed. Days before demolition, many Oakmont residents––and bridge admirers from elsewhere––were walking through the snow to take final photos of the memorable Hulton Bridge. The last four photos show the bridge on January 31, 2016, several days after demolition. 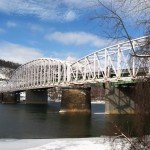 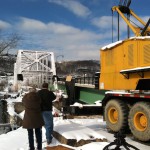 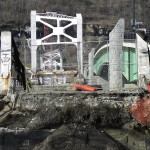 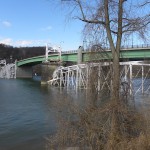 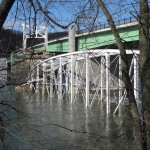 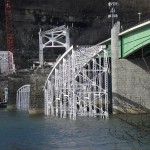