The building of locomotives in the United States in the 1880s and up to the second World War was a tremendous business. Small locomotive works were merged with larger ones; these companies in turn merged with related industries, and businesses grew over night, thus creating the reasons why many cities came into being.

The Fairbanks Archive has some very interesting publications and collectable items from some of these early locomotive works companies. The Archive’s collection of materials from The Schenectady Locomotive Works (including the Schenectady Transit Company) and ALCO (in the General Electric era) are particularly significant.

The Schenectady Locomotive Company did not get off to an easy start, but by 1851, things seemed to be more stable and the business took hold. As the business grew, so did the town; rail lines came into being in the area and the town prospered. The Archive owns a perfect copy of the hardback 1897 catalogue, with this note on the front page:

In presenting this catalog, we invite attention to the fact that during the past five years our works have been practically rebuilt and very materially enlarged. Modern buildings have been erected and are equipped with the latest and most approved designs of electric cranes, compressed air-hoists, hydraulic flanging plant, etc., and new machine tools throughout replace the old methods of manufacture. . . . We are prepared to submit proposals for locomotives of our own design for any class of service, or from specifications which may be submitted by railroad companies.

In 1901, the American Locomotive Company in Schenectady merged with the Schenectady Locomotive Company and seven others to become ALCO, with the company located in Schenectady; the seven companies closed over time. One of those seven companies was the Pittsburg Locomotive and Car Company, formed in 1865 by Andrew Carnegie. The Pittsburg Company was located in Allegheny City in the Chateau area. In 1919, the works were completely closed, and by 1925 had been sold to the Duquesne Light Company, which demolished all the buildings in 2010.

Due to the decline in locomotive building, ALCO phased out its locomotive works and in 1955 became ALCO Products. By 1964 ALCO was sold to the Worthington Corporation of Canada, which merged with the Studebaker company in 1967. By 1969, the company was defunct and closed.

The Archive has a good selection from the early Schenectady Works, the city itself, and its rail line and transit company. If any reader has ties to this area, the maps and pictures of this time, when the city was at its peak, would be of interest. Rail enthusiasts also would enjoy the locomotive and rail maps.

We have (and would be thrilled to add to) limited information on the Pittsburg Locomotive & Car Works in our own city. We also have materials on The Baldwin Locomotive Works and Vulcan Locomotive Works, and limited materials on the Shay, Cincinnati, Brooks, Lima, Davenport Locomotive Works. In “Another Train of Thought” (article No.  12), we recount the story of H. K. Porter & Co. of Lawrenceville, which was in this time frame also. A third early-area locomotive company in our area was the Westinghouse Machine Company.

The following photos show some of our Schenectady and ALCO materials for Archive patrons to enjoy: 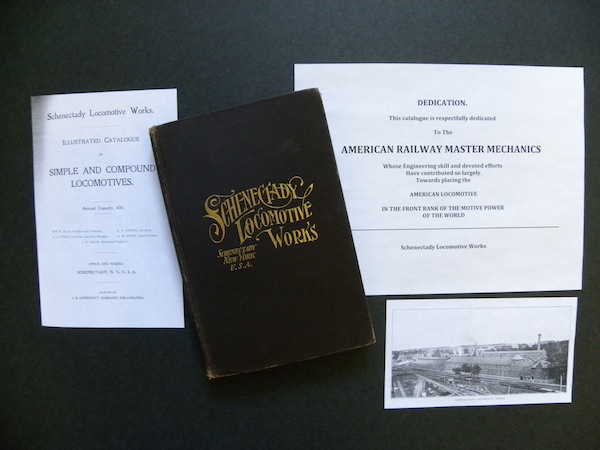 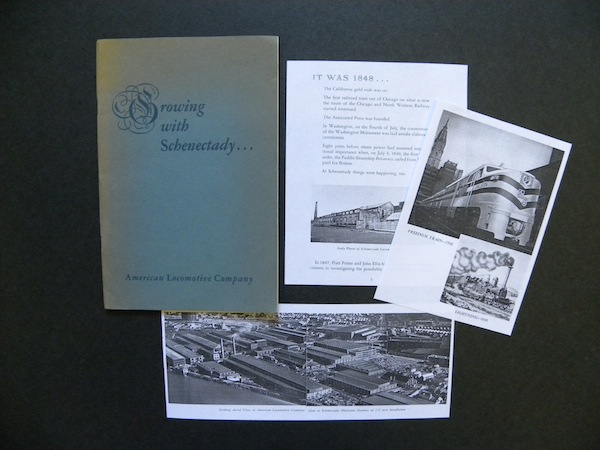 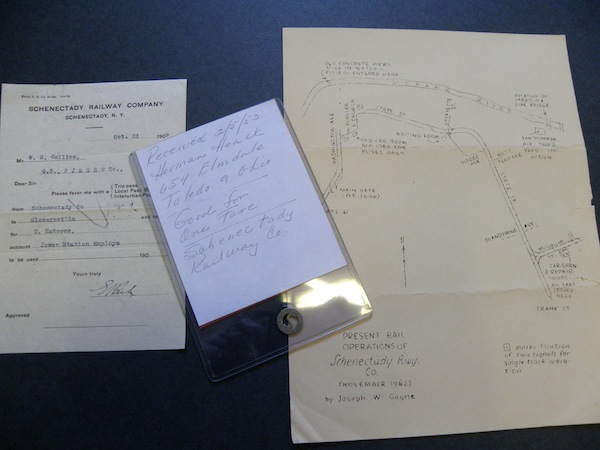 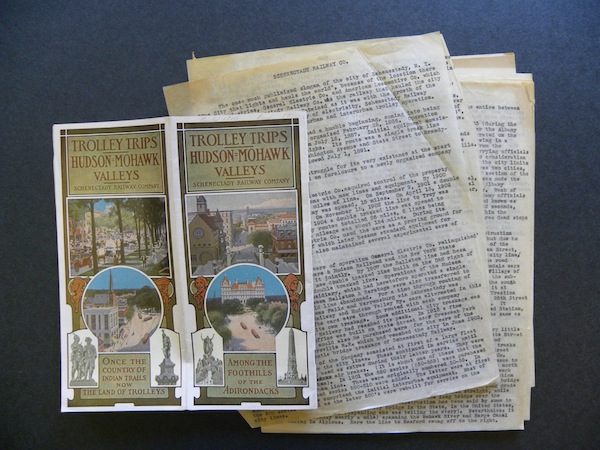 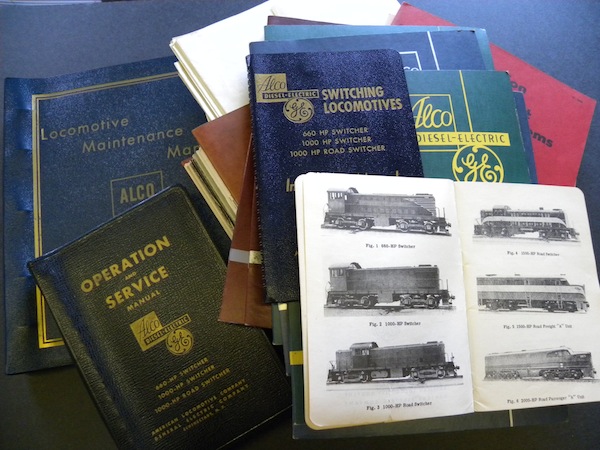